I love when this concert comes on tv, I'm glued to the tv everytime and text all my friends when its on. Especially when knocked up plays all the fans were going nuts and its a great set finisher. I loved this show.
#sglued604562
Posted by Aint supposed to die on a saturday night at 1:52 PM No comments:

Email ThisBlogThis!Share to TwitterShare to FacebookShare to Pinterest
Labels: sglued604562

Simply one of the best shows KOL has ever put on. Each song the played gave me the chills and it still does to this day. sglued604519
Posted by Aint supposed to die on a saturday night at 2:14 PM No comments:

Email ThisBlogThis!Share to TwitterShare to FacebookShare to Pinterest
Labels: sglued604519

kings of Leon at Darien Lake

This was my second Kings of Leon show of the summer and I loved it just as much as the first. Similar setlists from the last show I seen at Saratoga. I loved how they ended the show with black thumbnail one of my favorite songs and has so much energy when heard live. Also trani was awesome to hear live Caleb puts a lot of emotion into that song. Great concert all around and the fans were great as well. #sglued208433
Posted by Aint supposed to die on a saturday night at 7:05 PM No comments:

Email ThisBlogThis!Share to TwitterShare to FacebookShare to Pinterest
Labels: sglued208433

Kings of leon at Saratoga

Ever since the winter of 2010 me and my buddies were praying that Kings of Leon would go to spac in the summer, and when we heard the announcement we all went crazy. Saratoga Performing Arts is our favorite places to see a show and it is always a great time there. So many of my friends were on the lawn going crazy for every song. I have to say knocked up, sex on fire, and slow night slow long were the three best songs of the night. My legs were sore for weeks after the concert from jumping around so much. I personaly wish they played longer as the set lasted for only a hour or so but its alright I can die a happy man after seeing them live! Coming back in august cant wait!!! #sglued208299
Posted by Aint supposed to die on a saturday night at 12:09 PM No comments:

Email ThisBlogThis!Share to TwitterShare to FacebookShare to Pinterest
Labels: sglued208299

Posted by Aint supposed to die on a saturday night at 8:33 PM No comments: 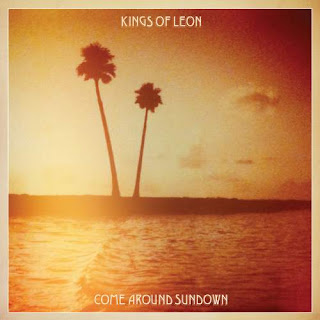 Coming off one of the most popular rock albums in the last five years the Kings of Leon had great expectations to produce another chart topping album. What did they do? Did they make another chart topping single like Sex on Fire or Use Somebody? in fact they went in the opposite direction from their last album. Come Around Sundown is more of who the Kings of Leon want their music to go towards. They want their true fans to stay with them and their "Sex Somebody" fans to die off. I think this album has really no faults to it and can be listened all the way through without a skip of a song. The album starts off with The End which is a very powerful song with great vocals from lead singer Caleb Followill. Radioactive is their first single off the album and is a song about their roots and realizing your past. The albums third song  Pyro is a slower paced song but has very powerful guitars and drums and is rumored to be their next single. Mary is a lot different the most Kings songs and sounds more like a 60's type rhythm and has more blasting vocals from Caleb. The Face is another slower paced songs with drawn out vocals showcasing Calebs superb voice and is a very powerful song. One of my favorite songs on the album The Immortals could be KOL's best written songs they've ever wrote. Its such an uplifting song talking about how to live your life the way you want to live it and not by anybody else. Back Down South is a great song that isn't very similar to any other songs they have on their past albums. Beach Side is a great song showing off Jared Followills amazing bass riffs and how he can take you on a ride with his sweet sounding jams. No Money is deffinatly their hardest sounding song on the album and has a potential to be their new sex on fire type anthem. Pony Up is a very catchy song that will keep growing on you until it becomes one of favorites on the album. I cannot stop listening to it as we speak. Birthday is another great song that shows off Calebs great voice and is very catchy song after a few listens. Mi Amigo probably the weakest song on the album but that doesn't mean it isn't a good song. I still like the song but it needs some listening to to appreciate it. The album ends with Pickup Truck which is a great way to end the album and I believe it could be a very popular song if they choose it to be a single.

Come Around Sundown from top to bottom is a very good album and is a great follow up from Only by The Night. I think this album will not get as much commercial success as OBTN because I dont believe their is a Sex on fire or Use Somebody on this album but I think that is a good thing so that the fans can discover each song in the album and realize how powerful each song is. I put this album 3rd for their best albums behind Aha Shake Heartbreak and Because of The Times and ahead of Only By the Night and Youth and Young Manhood. I hope the Kings keep going in the musical direction they are striving for because their musical talent is only going to get better and I believe the best is yet to come. I'm very excited to hear them live and hear many songs off their new album because of the power they bring to them. 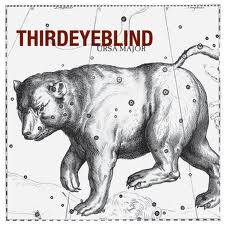 Despite being out of the Game for six long years Third Eye Blind came back in 2009 with Ursa Major. The Album is packed with catchy rock-pop songs that they are so very well known for.

The Album Starts off with Can You Take Me which immediatly gets you excited to dive into the album, it is an up temo song with witty lyrics. A good choice for an opener for the album. Don't Believe A Word the albums first single, is a political rant by Jenkins in which he states his mind about how the United States seems to be running, "In This Corporate Sell-Out Hillbilly Nation" and another up tempo song in which seems to go well after Can You Take Me. The Third Song on the Album is there best effort on the album Bonfire, hooks you in with the Wo-AH-Oooo, and never looks back the spring time love story. A nice slow down after two power-pop uptempo songs.

Sharp Knife., One In Ten, About to Break and Summer Town are the next four songs on the album. Sharp Knife a song that hits deep, it is a depressing song with heartfelt lyrics which seems to be about easing pain. One In Ten, which seems to be the strangest song on the Album a slow acoustic song with lyrics about a fantasy about making love to lesbian. About to Break, starts off slow and keeps you interested picks up in the middle with the best lyrics in the lineup. Summer Town rounds off the middle of the album with a fun end of summer ballad with a strange outro.

The End of the Album starts off with a Love song Why Can't You Be which is a he-said, she said about someone being unsatisfied with a relationship, cause, "Sometimes a blowjobs not enough" Water Landing which is a multi- part epic song that is a must hear. It starts off as a innocent little ditty, which turns dark into a plane crash that you really feel the fear of. Dao of St. Paul is a gem of a song that is also a must listen. Rounding off the End of the Album is Monotovs Private Opera which is another great song on the album with great lyrics and a nice acoustic sound and Carnival Barker (Instrumental) which is a preview of what might be on the bands 5th Studio Album Ursa Minor.

Aint supposed to die on a saturday night